Call me a romantic, but I’ve always liked to get to know the previous owner of the big ticket items I purchase in life. Maybe it’s because I think that since this is a major life purchase (house, boat, etc), and this person holds the item I covet, well perhaps we share a special bond? The seller obviously had the same idea as me at some point in the past, we at least have the same taste!

I purchased my first house privately without an agent. Seven years later I sold the same house without an agent. Both transactions were seamless, fun and brought a bit of humanity into what is usually an “us against them” transaction. In this case, we purchased Leela through an excellent broker who I would highly recommend. We had to wait until the transfer of ownership to meet the previous owner, a man named Peter Green. Peter and his wife Wendy had purchased Leela (then “Free To Roam”) eight years prior with the hopes of refitting the vessel and embarking on a world tour. Keep in mind Peter was 70 years old when he bought the boat. If that doesn’t give you an idea of the kind of adventurer he is, I don’t know what will. Unfortunately, due to health issues, Peter and Wendy were forced to sell the boat before embarking on their grand adventure.

I had heard great things about his vast knowledge and kind ways. The day we purchased the boat I climbed down the companionway and Peter greeted me in French. He knew I was French Canadian and he learned to speak French while working in France. Peter is a retired electronics engineer with a long and successful international career. Saxony and I had brought a bottle of bubbly to celebrate the transfer of ownership. We were both extremely moved by the emotion that flowed during this special moment. 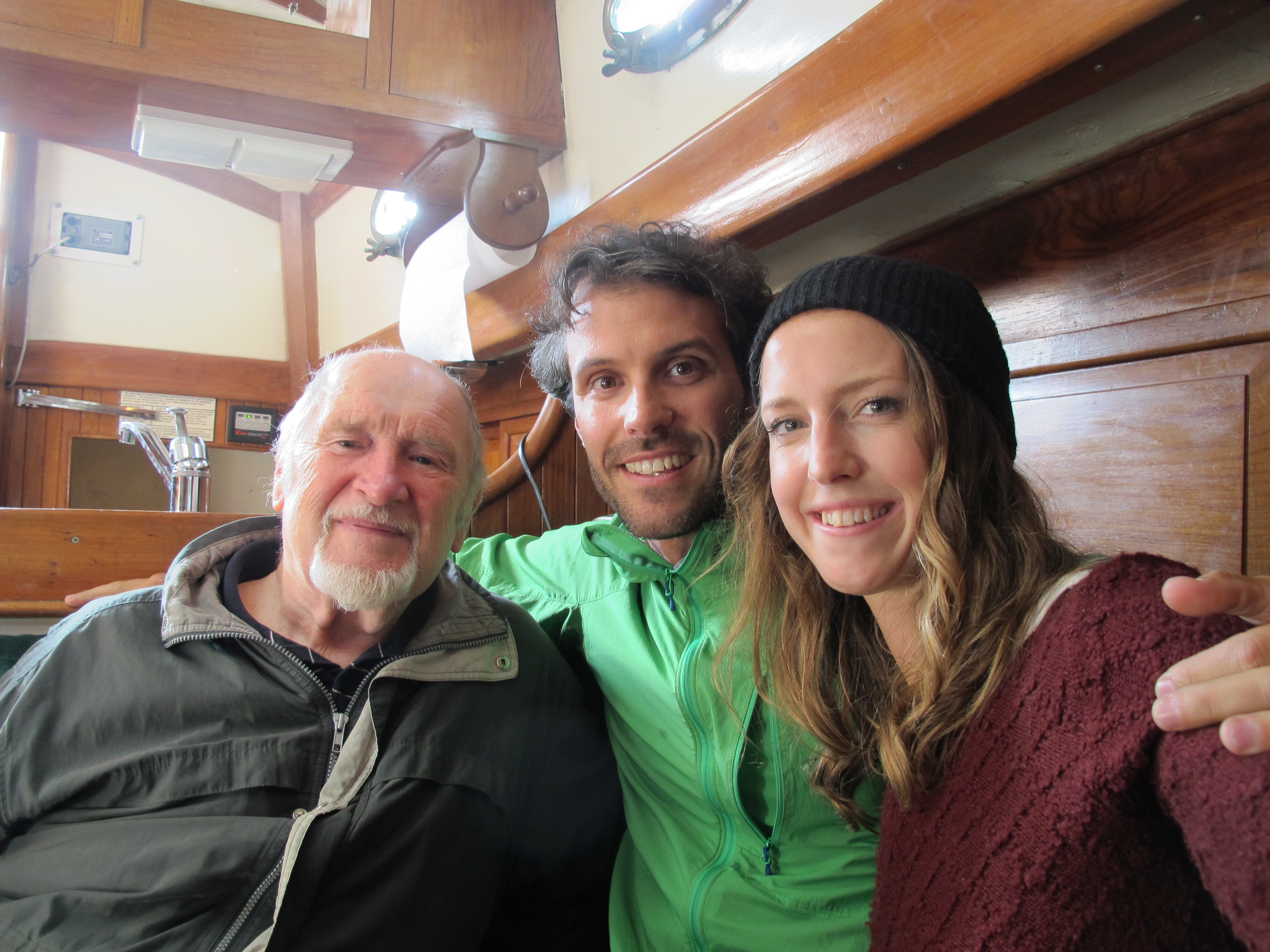 In the days following our departure from Victoria, Peter sent emails to check on us. It felt like we had a very solid mentor and guide to ease into the ownership of such a beautiful ship. Slowly over the following months, I developed a pen-pal type relationship with Peter. At some point, I think we were emailing back and forth over twice a day! Having spent over 8 years working on Leela he knows every system inside-out and is a wealth of knowledge. He even spent some time with me on the phone trying to resolve some fuel pump issues as I was near my wit’s end running out of time and weather window for the trip down to Bellingham. Peter even offered to come and help us work on the boat. This is the kind of man he is.

This post is a tribute to Peter and Wendy who took Leela from a boat in so-so condition to the great shape she was when we bought her. Yes, there is still a lot of work to be done but Peter has been there the whole time with guidance, directions, sketches and encouragement. In this transaction, I made a friend, found a fellow Engineer, paraglider pilot, adventurer and lover of beautiful teak boats. We hope he will let us visit in June with Leela and go for a sail so he can teach us a few things. Below are some photos of the work he completed over the years. This was not a small project. 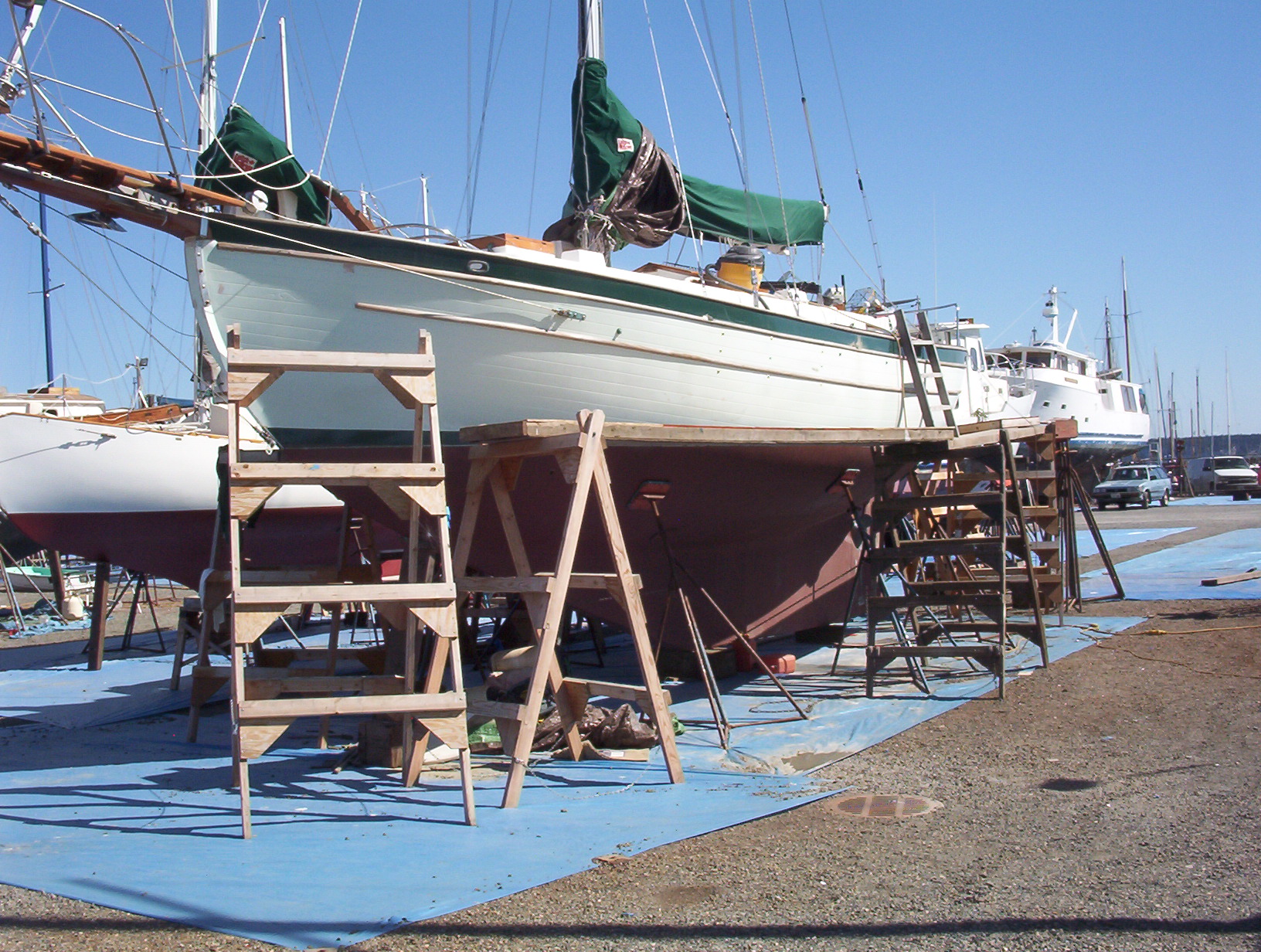 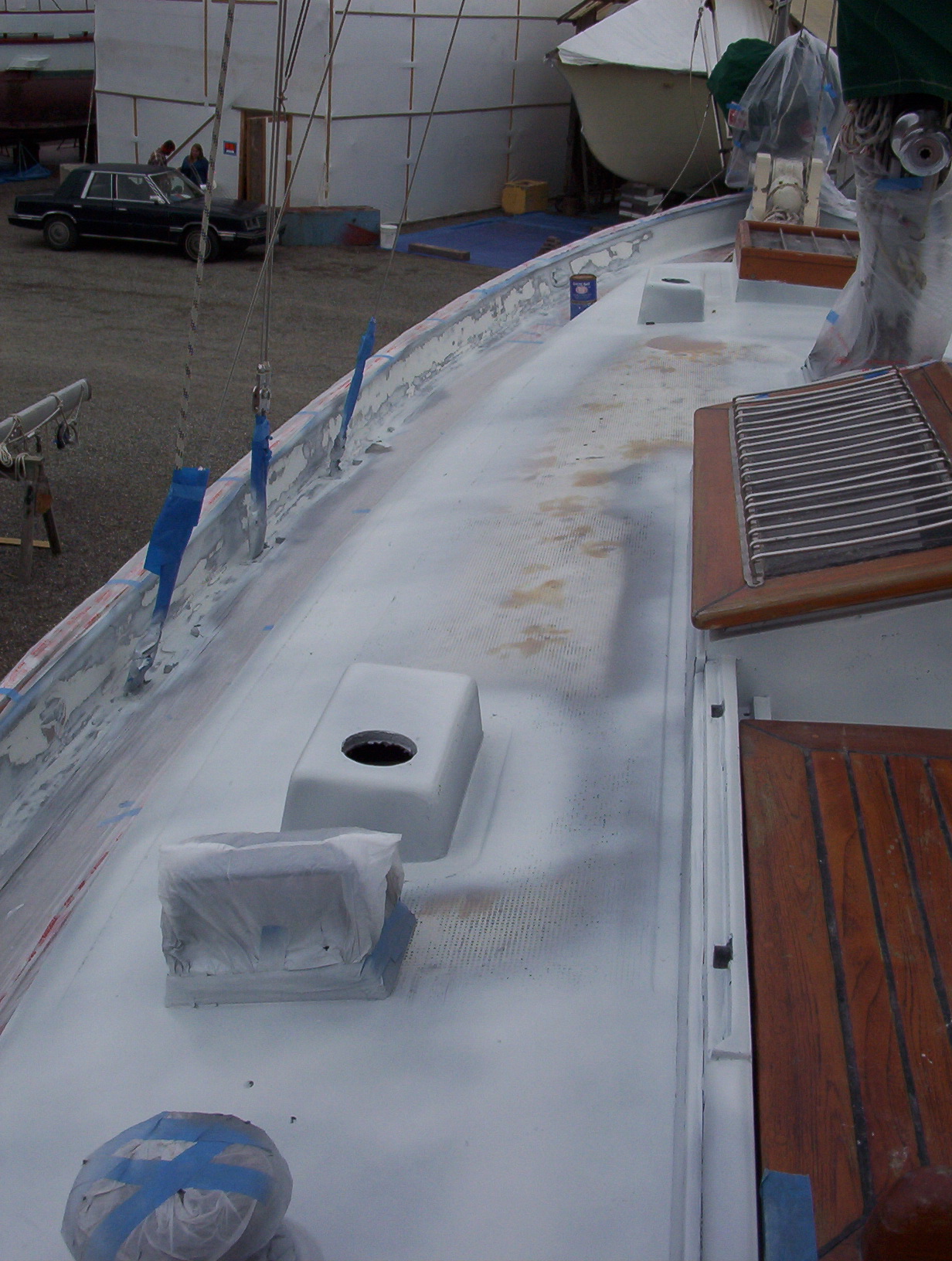 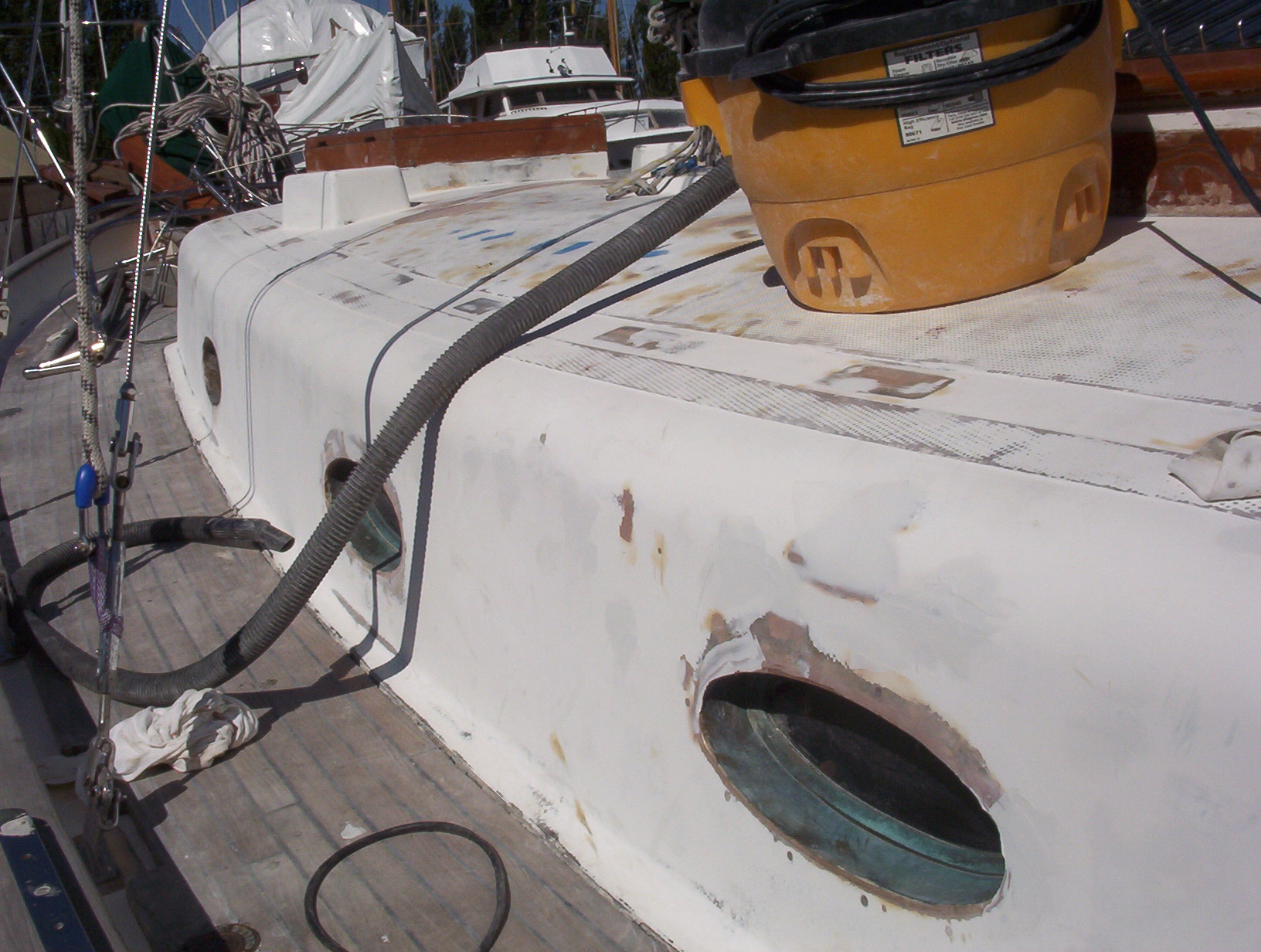 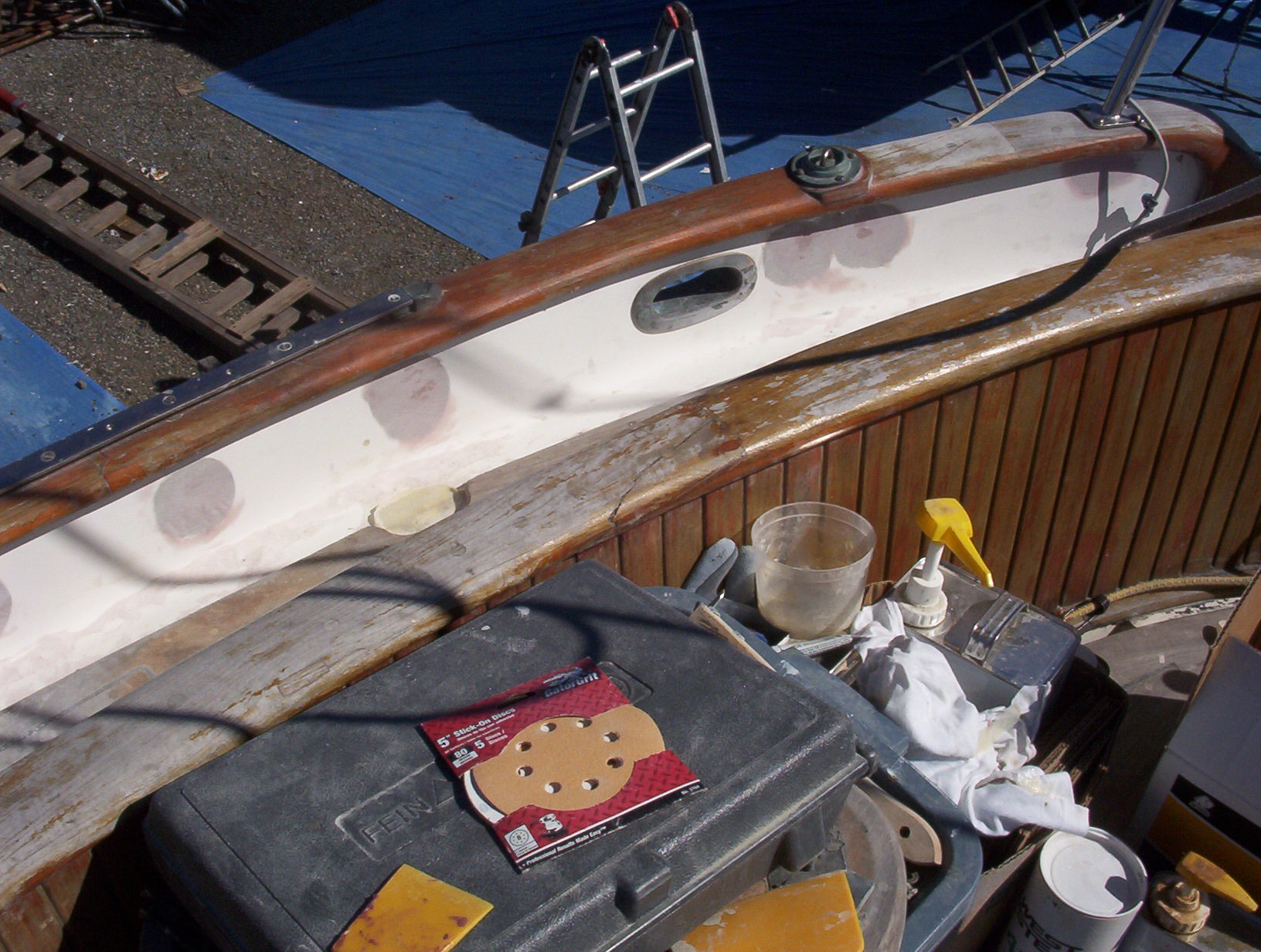 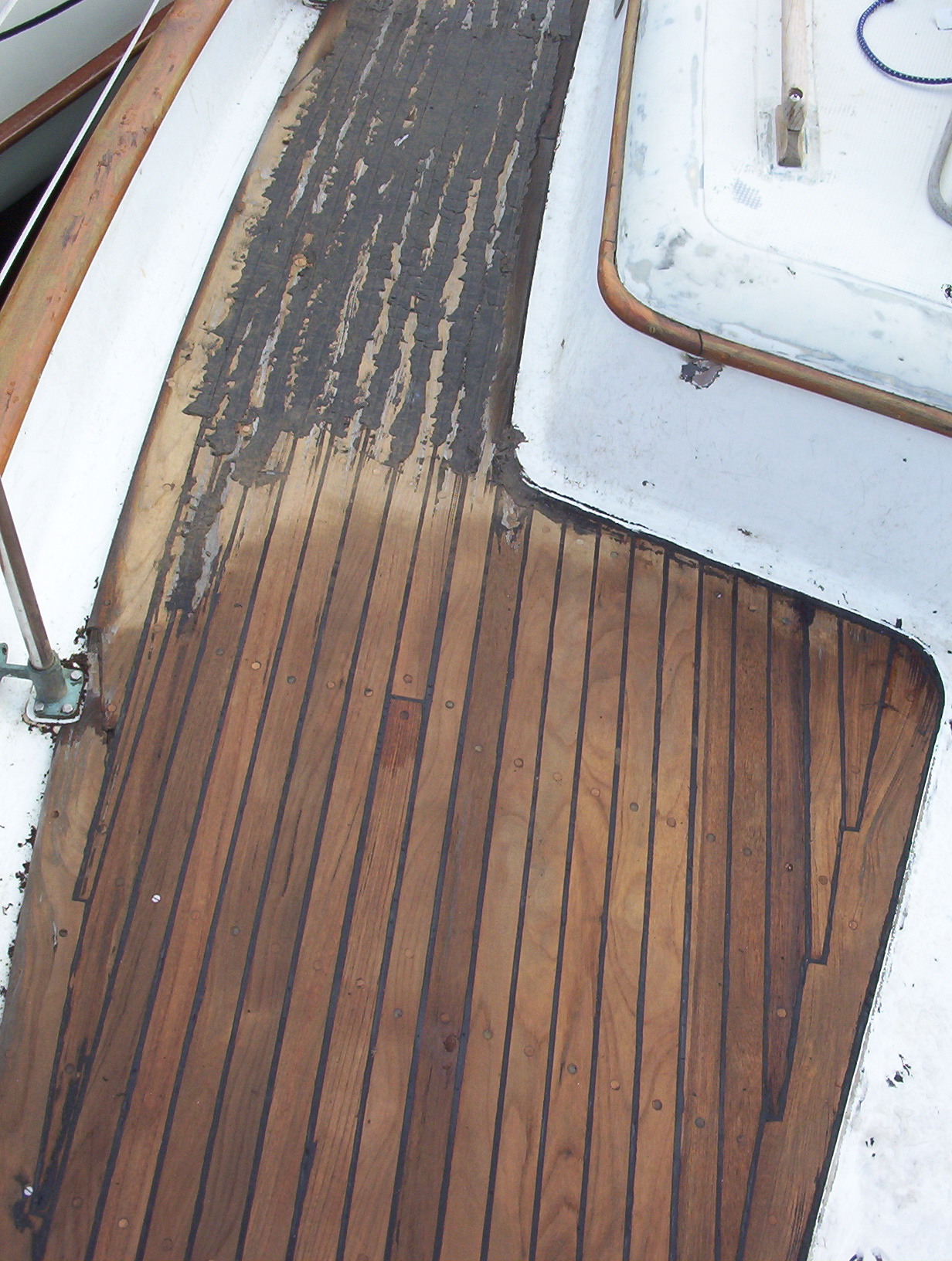 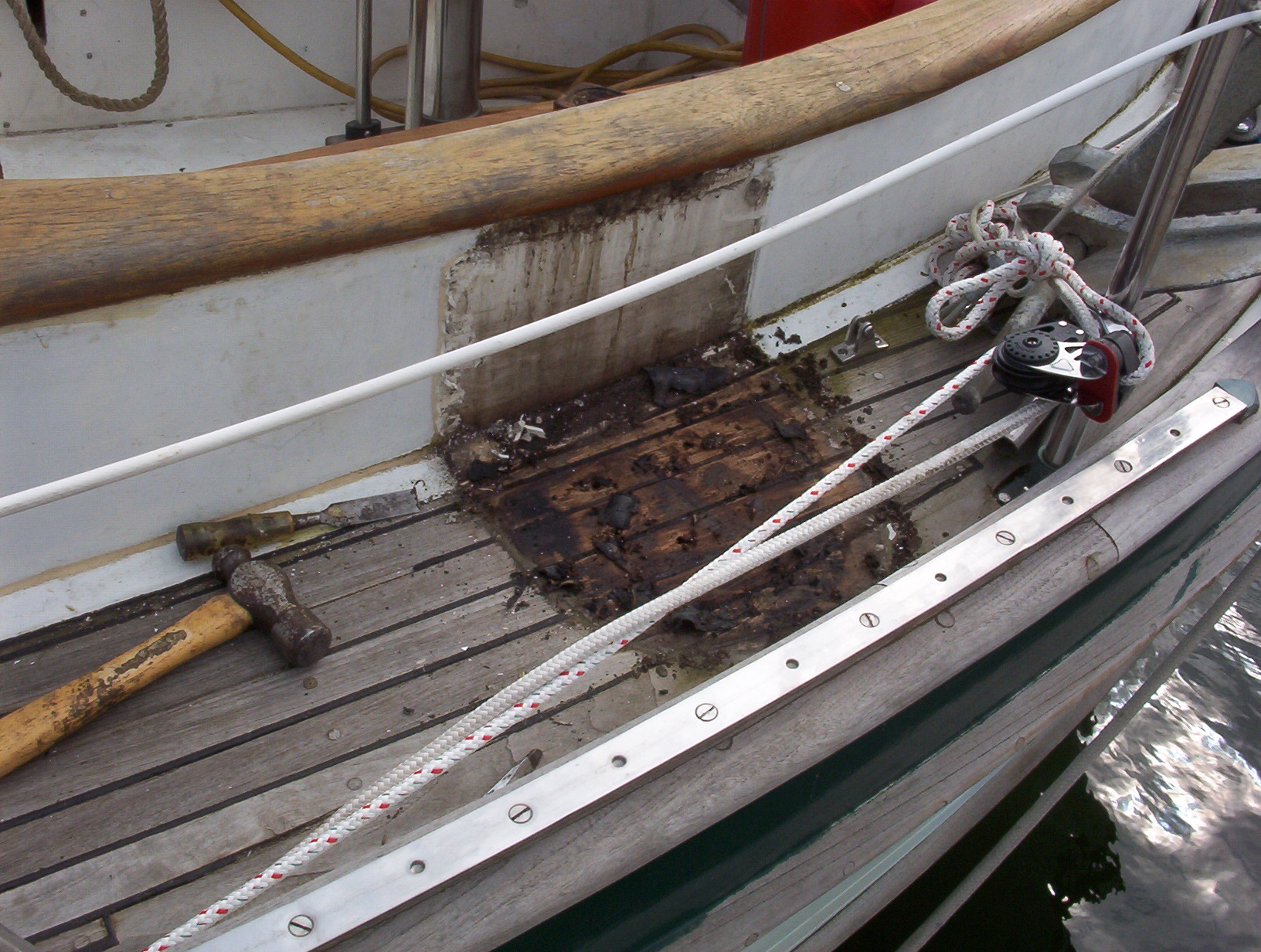 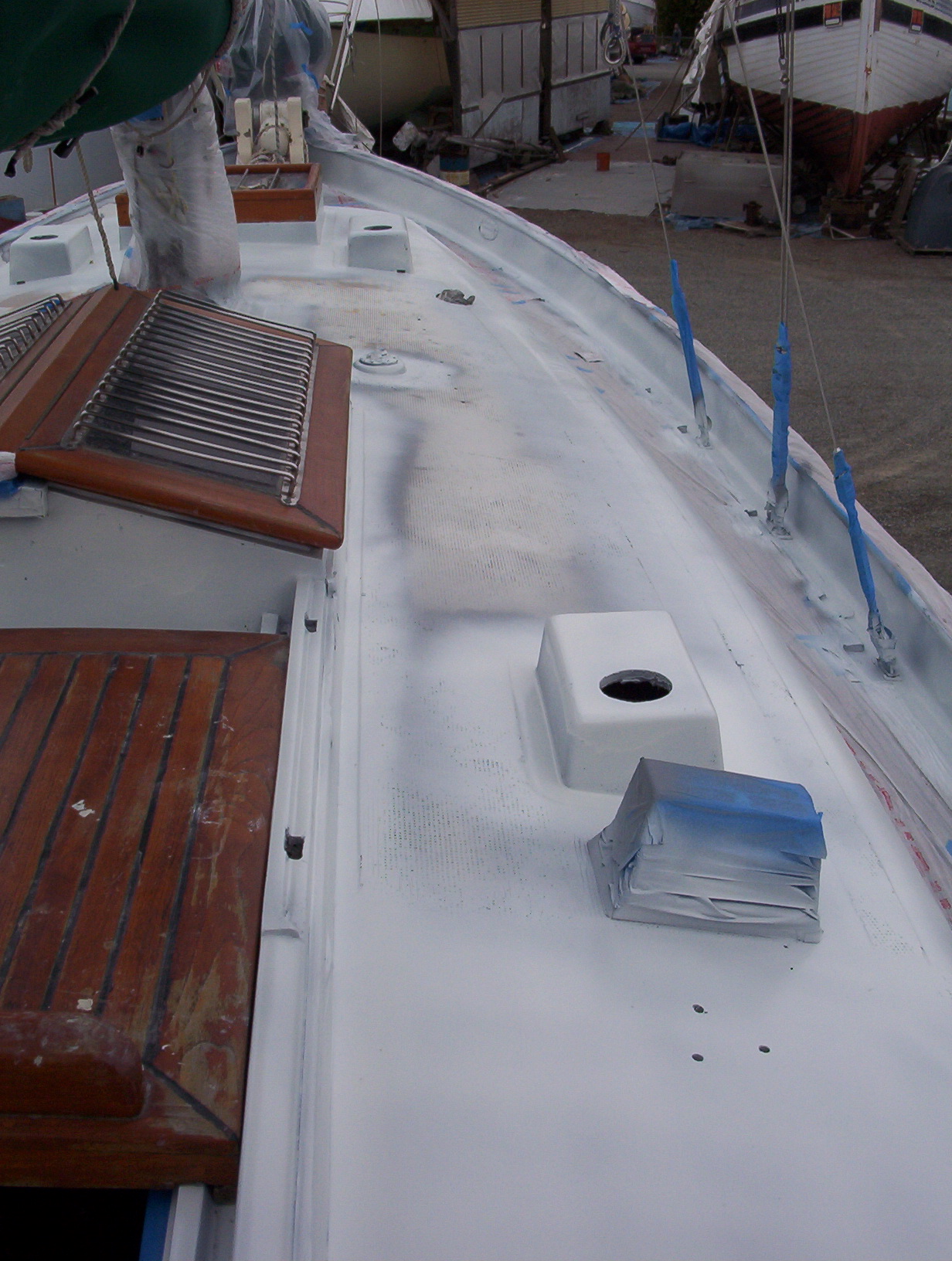