From everything we have read, the Pacific Northwest has some of the finest cruising grounds in the world. That’s no small statement. In the fall I was walking the docks on Bowen Island and started chatting with an older woman who lived on a 50′ sailboat with her husband. They spent 17 years circumnavigating and she shared the same sentiment. How lucky are we to have all of this at our doorstep?

Princess Louisa Inlet is considered one of the crown jewels of the Coast of British Columbia.

Author Erle Stanley Gardner wrote of this place:
“There is no use describing that inlet.
Perhaps an atheist could view it and remain an atheist,
but I doubt it…
One views the scenery with bared head
and choking feeling of the throat.
It is more than beautiful. It is sacred.”

We HAD to go there. But getting to Princess Louisa is a bit of an ordeal. You have to travel approximately 25 miles up a succession of Reaches. With names such as “Prince of Wales Reach”, “Princess Royal Reach” and “Queens Reach”, you know you’re in for a Royal Treat! There are very few anchorages in the Inlets as the shores are very steep from mountains thousands of feet high plunging into the ocean almost vertically. The entrance to Princess Louisa Inlet is guarded by Malibu Rapids. You can only enter into this cathedral at slack tide as the rest of the time the entrance is shut by roaring rapids.

We left Secret Cove expecting to sail into Jervis Inlet, spend the night in a cove somewhere and sail up the reaches the next day. We were expecting the normal inflow wind up inlet during the day to help push us along and die in the evening as they naturally do. We were pleasantly surprised when our tailwind refused to die. Afternoon turned into evening and we kept on going. The sunset and the moon came up. We kept on sailing. It was a full moon and we spent an entire night sailing up all the Royal Reaches with 15 knots of wind on our tail and going 5kts with our Jib sail only. Saxony and I had dreamt of an all-night sail and here we were living it with the most perfect conditions. 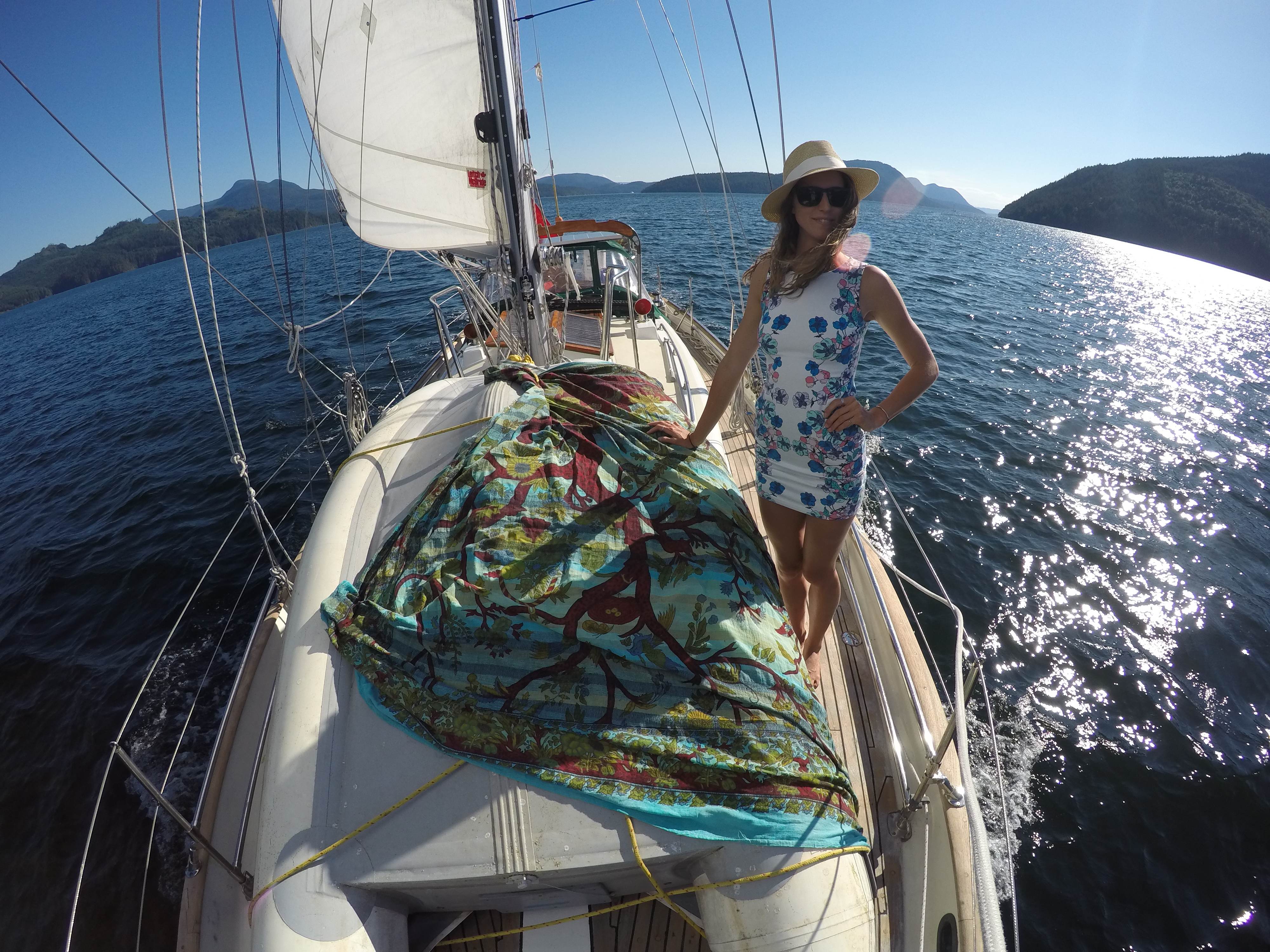 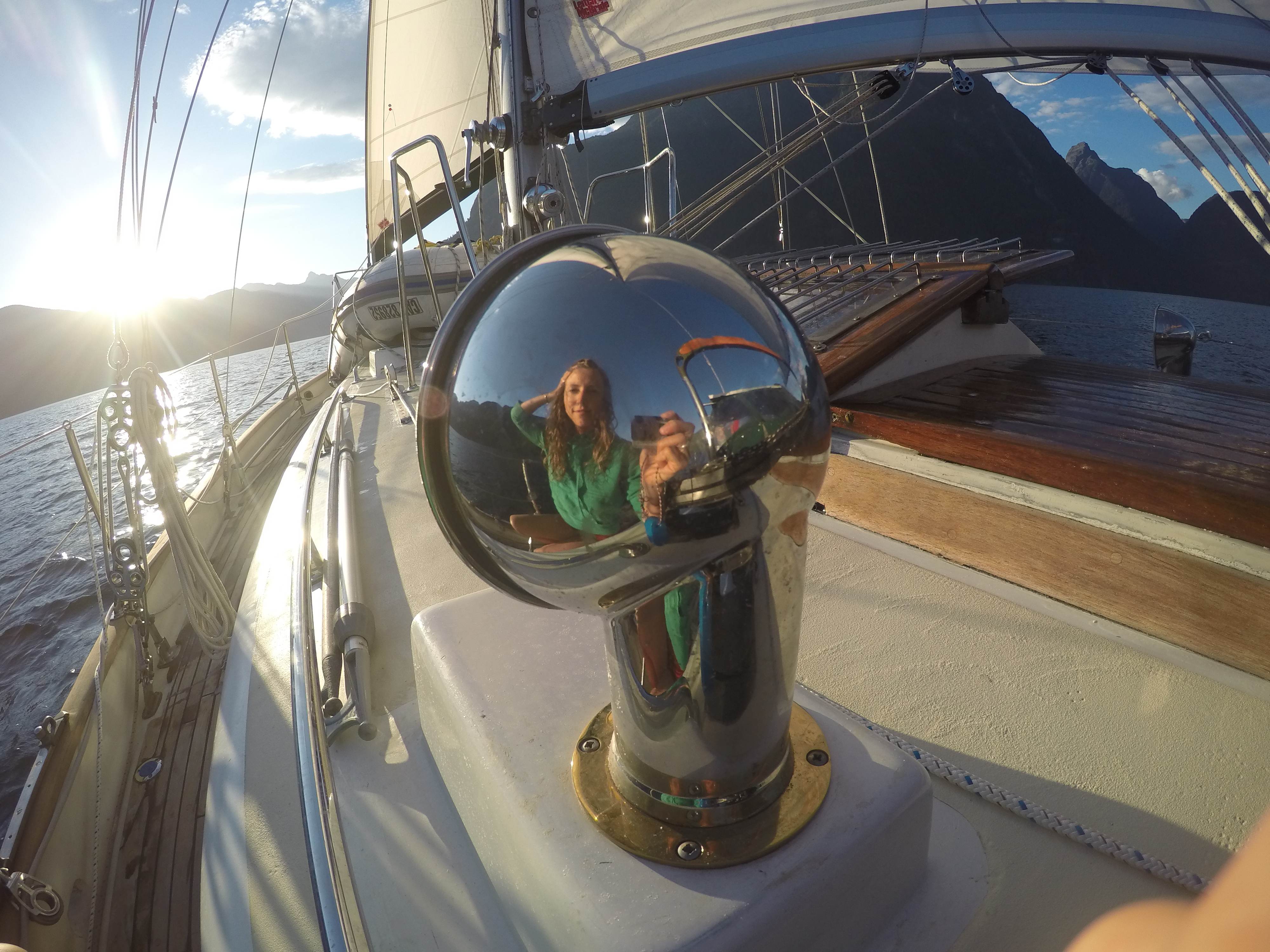 We ended up spending 6 lazy days anchored near the base of Chatterbox falls. Due to the extremely dry winter, spring and summer we have been experiencing, the usual 60 plus waterfalls cascading down the myriads of cliffs and rock faces were reduced to approximately 5 but it was glorious just the same. We swam to shore to hike up the small rapids and play at the base of the fall. We met a lovely couple, Denis and Holly, who have been cruising aboard Tango, their 43 ft catamaran for 10 years. 10 years! We hosted them for an evening aboard Leela and they reciprocated the next evening. Let me tell you: Catamarans are the way to go. Wow, it was like a modern Vancouver condo in there with all the room one could ever want. We also met Sigi aboard FanTan, a lovely steel sailboat he and his wife built 38 years ago. They have been living aboard ever since. We also got a personal tour of the SALTS program tall ship. Absolutely incredible.

We were really hoping to hike into the alpine and explore the foot of some glaciers but an unfortunate cut I sustained on the top of my foot from the rigging of Leela prevented me from wearing shoes for a few weeks. In the end, we got smoked out of Princess Louisa Inlet like rats! Over 3 major forest fires within close proximity created impenetrable smoke that appeared overnight and created an apocalyptic scene. The sun barely appeared as a tiny orange speck through the smoke. Ash was falling out of the sky onto Leela along with wasps, bees and many, many butterflies. Perhaps the ash was damaging their wings? Inexperienced as we were, we misread the tide table and missed our slack at Malibu rapids forcing us to spend an extra day in the smoke. With the exception of FanTan, all other boats had left making the situation even eerier.

With the absence of sunlight, the usual inflow thermic winds were absent and we were forced to motor out wrapped in a cloud of white. Leela was looking rather forlorn all covered in ash and all of our clothes and bedding smelled heavily of campfire. What an experience and yet another reminder to expect the unexpected on this journey! We will definitely be back to Princess Louisa, we have some unfinished hiking business.. 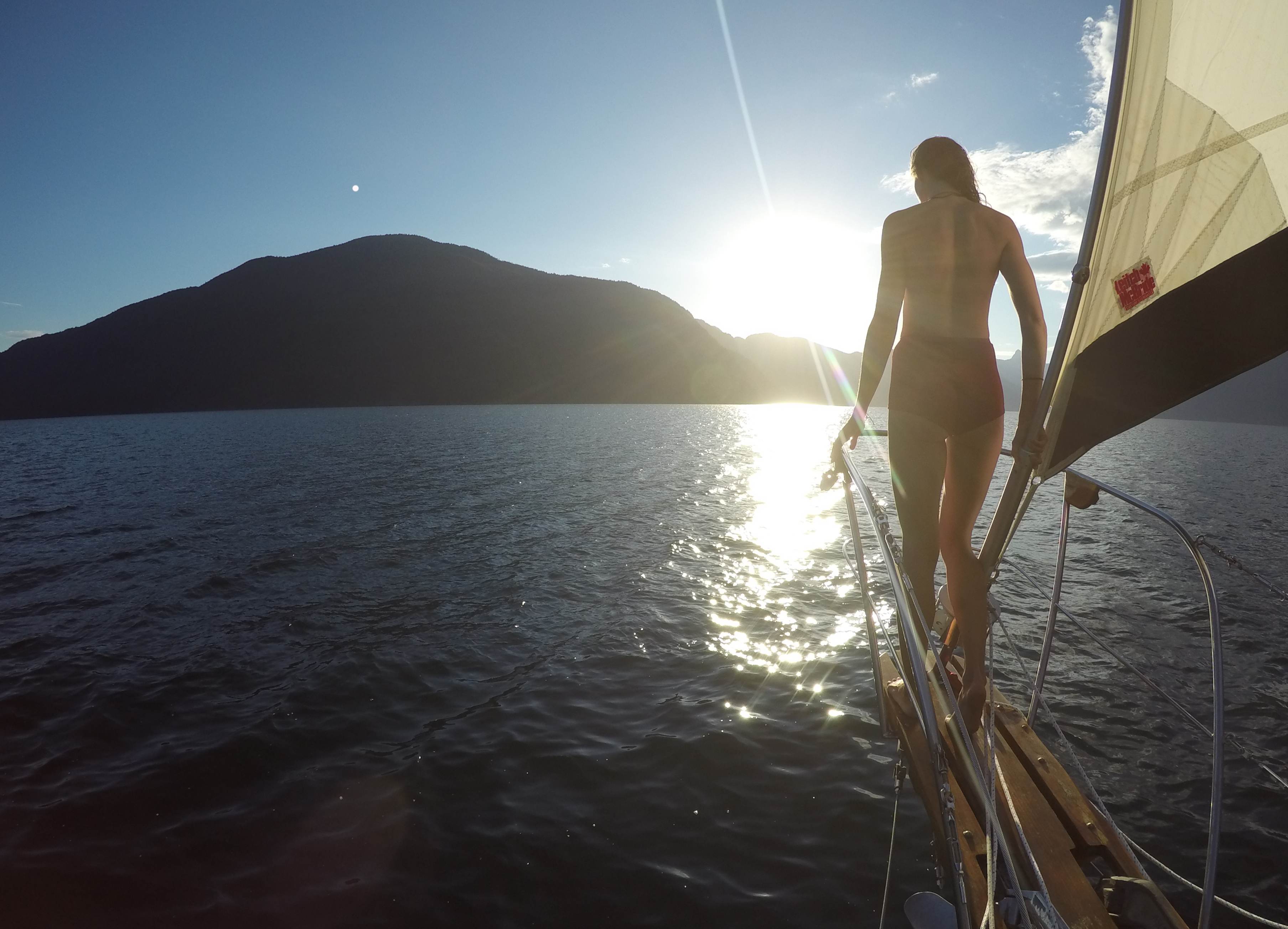 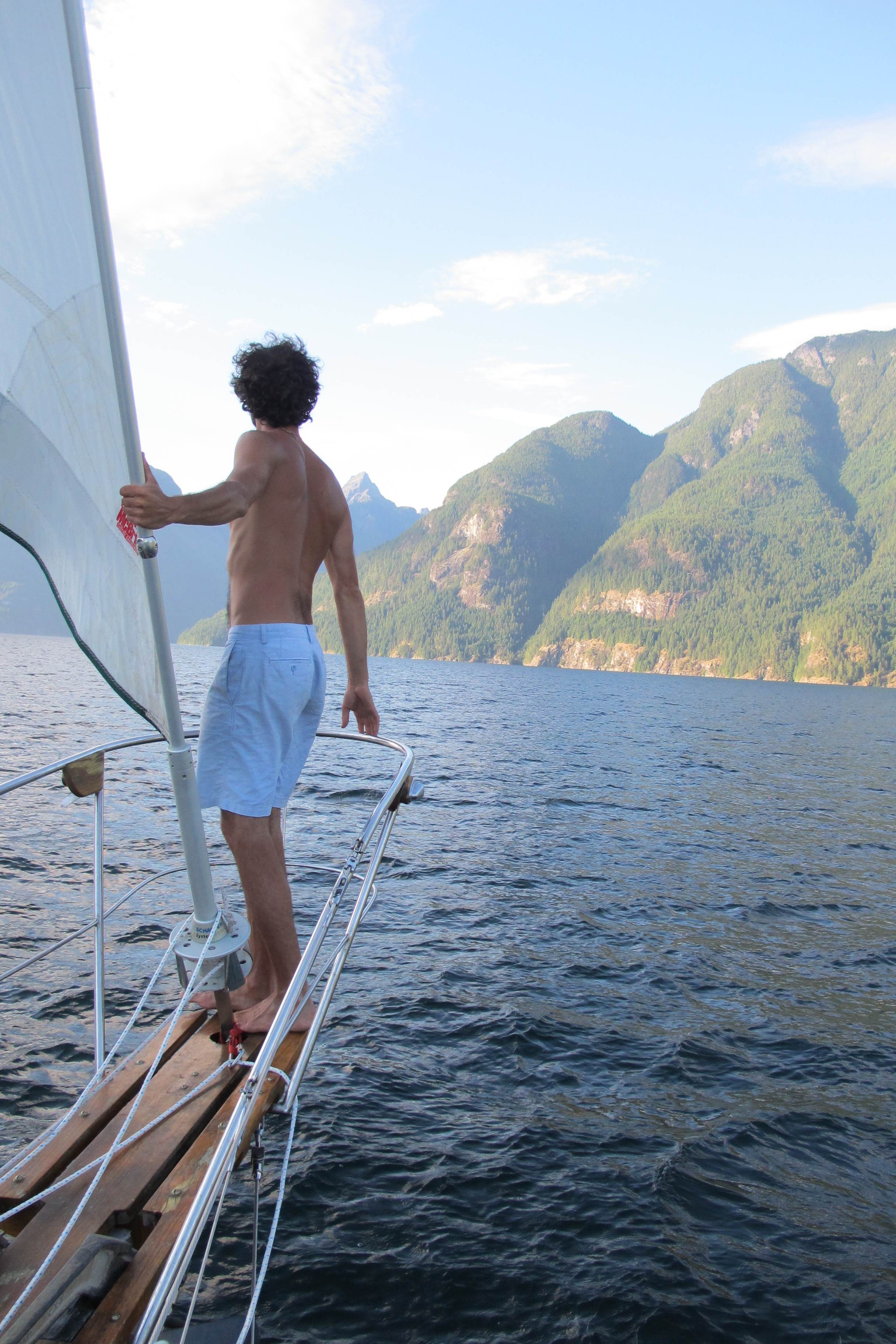